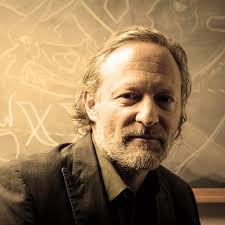 David’s research focuses on the evolutionary history of information processing mechanisms in biology and culture. This includes genetic, neural, linguistic and cultural mechanisms. The research spans multiple levels of organization, seeking analogous patterns and principles in genetics, cell biology, microbiology and in organismal behavior and society. At the cellular level David has been interested in molecular processes, which rely on volatile, error-prone, asynchronous, mechanisms, which can be used as a basis for decision making and patterning. David also investigates how signaling interactions at higher levels, including microbial and organismal, are used to coordinate complex life cycles and social systems, and under what conditions we observe the emergence of proto-grammars. Much of this work is motivated by the search for 'noisy-design' principles in biology and culture emerging through evolutionary dynamics that span hierarchical structures.

Research projects includes work on the molecular logic of signaling pathways, the evolution of genome organization (redundancy, multiple encoding, quantization and compression), robust communication over networks, the evolution of distributed forms of biological information processing, dynamical memory systems, the logic of transmissible regulatory networks (such as virus life cycles) and the many ways in which organisms construct their environments (niche construction). Thinking about niche constructing niches provides us with a new perspective on the major evolutionary transitions.

Many of these areas are characterized by the need to encode heritable information (genetic, epigenetic, auto-catalytic or linguistic) at distinct levels of biological organization, where selection pressures are often independent or in conflict. Furthermore, components are noisy and degrade and interactions are typically diffusively coupled. At each level David asks how information is acquired, stored, transmitted, replicated, transformed and robustly encoded.

The big question that many are asking is what will evolutionary theory look like once it has become integrated with the sciences of adaptive information (information theory and computation), and of course, what will these sciences then look like?

Krakauer was previously chair of the faculty and a resident professor and external professor at the Santa Fe Institute. A graduate of the University of London, where he went on to earn degrees in biology, and computer science. Dr. Krakauer received his D.Phil. in evolutionary theory from Oxford University in 1995. He remained at Oxford as a postdoctoral research fellow, and two years later was named a Wellcome Research Fellow in mathematical biology and lecturer at Pembroke College. In 1999, he accepted an appointment to the Institute for Advanced Study in Princeton and served as visiting professor of evolution at Princeton University. He moved on to the Santa Fe Institute as a professor three years later and was made faculty chair in 2009. Dr. Krakauer has been a visiting fellow at the Genomics Frontiers Institute at the University of Pennsylvania and a Sage Fellow at the Sage Center for the Study of the Mind at the University of Santa Barbara. In 2012 Dr. Krakauer was included in the Wired Magazine Smart List as one of 50 people "who will change the World."

David Krakauer also served as the Director of the Wisconsin Institute for Discovery, the Co-Director of the Center for Complexity and Collective Computation, and was a Professor of Genetics at the University of Wisconsin, Madison.

Retrieved from "https://centre.santafe.edu/origins/w/index.php?title=User:DavidKrakauer&oldid=481"
Category:
This page was last edited on October 21, 2018, at 03:53.
Privacy policy
About Origins
Disclaimers