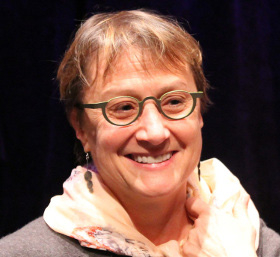 Dr. Mary A. Voytek took charge of NASA s Astrobiology Program on September 15, 2008, as Senior Scientist for Astrobiology in the Science Mission Directorate at NASA HQ. In addition to managing the Core and Strategic Astrobiology Programs, in 2015, Dr. Voytek formed Nexus for Exoplanet System Science (NExSS), a systems science initiative by NASA, to search for life on exoplanets.

Prior to NASA, Dr. Voytek headed the USGS Microbiology and Molecular Ecology Laboratory in the U.S. Geological Survey in Reston, VA. Dr. Voytek s primary research interest is aquatic microbial ecology and biogeochemistry. She has studied environmental controls on microbial transformations of nutrients, xenobiotics, and metals in freshwater and marine systems. She has worked in several extreme environments including Antarctica, the arctic, hypersaline lakes, deep-sea hydrothermal vents, and terrestrial deep- subsurface sites. She has served on several advisory groups to Department of the Interior, Department of Energy, the National Science Foundation and NASA, including the Planetary Protection Subcommittee. She has also supported NASA s Astrobiology Program serving as a NASA representative to a number of COSPAR convened studies exploring the potential for life in the universe. She has held positions in several science societies and is currently a board member of the American Geophysical Union.

Retrieved from "https://centre.santafe.edu/origins/w/index.php?title=User:MaryVoytek&oldid=454"
Category:
This page was last edited on October 21, 2018, at 01:55.
Privacy policy
About Origins
Disclaimers