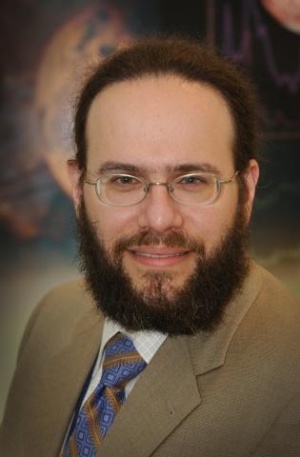 Michael New was born and raised in New York City, specifically the Bronx and Queens. Tired of the fast-paced urban experience, he decamped to the wilds of New Haven, CT. After four years of experiments aimed at settling the age-old question of whether Pepe's or Sally's made the better pizza ended inconclusively, Yale University banished him from Elm City with a BS in chemistry. Undeterred, he returned home, where he earned a PhD in chemical physics at Columbia University in 1994. In search of the world's worst pastrami sandwich, he then relocated to the left coast, specifically to the People's Republic of Berkeley, where he held post-doctoral positions in the UC Berkeley chemistry department and the UC San Francisco department of pharmaceutical chemistry. He is quick to point out that, due to the presence of deer in his backyard, Berkeley is the most rural place he has ever lived.

Following a long-time addiction to Star Trek, Michael joined the civil servant staff of the Exobiology Branch at NASA Ames Research Center in 1998. He was disappointed when he wasn't issued a phaser and a stretchy red shirt. In 2001, Michael agreed, despite the advice of friends and strangers alike, to become the Deputy Branch Chief where he dealt with several major safety and financial crises, in the process learning more than he never wanted to know about the Legionella bacterium and full-cost accounting. Shaken by this compound exposure to bacteria and accounting, and having discovered the worst pastrami sandwich in the world (in a deli in Berkeley who's name must not be spoken aloud) and an unexplainable interest in NASA management, Michael relocated back to the east and became the Astrobiology Discipline Scientist at NASA HQ.

Retrieved from "https://centre.santafe.edu/origins/w/index.php?title=User:MichaelNew&oldid=438"
Category:
This page was last edited on October 21, 2018, at 01:54.
Privacy policy
About Origins
Disclaimers